Born in 384 BC, in Stagira, a son of a family of doctors, Aristotle was the disciple of Plato. He founded his own school, the Lyceum, with special teaching technique, learning whilst walking.

Jack-of-all-trades, he is interested in ethics, politics, economics, logic, rhetorics, poetics, cosmology, even the history of animals. He serves as tutor to the future Alexander the Great, at the request of his father, Philip of Macedon.

Aristotle reviews all the principles, qualities of character, virtues, movement of the intellect and the soul that could potentially be taken into consideration to achieve Happiness. Justice, family, friendship, courage, kindness. But also their opposites, egoism, intemperance, impetuosity, weakness.

“Happiness is the most beautiful and the best of all things is also the greatest of pleasure.”

Admittedly, easy to say, but quite difficult to achieve and maintain in our complex, fluctuating and fast-paced world.

For Aristotle, ethics includes all areas, from economics, social, legal and state philosophy, anthropology, religion, history to the philosophy of culture. It merely is a state of being. Far from a technique or a discipline. This is who we are. Or who we become by our actions.

And that’s ethics. A philosophy of action.

Some quotes by Aristotle tell us more than any explanation

“Virtue is a state of being”

“I am speaking of moral virtue, because it is that which concerns affections and actions. However, in this area there is an excess, a fault and a middle. “

“Virtue is an average”

“This average is excellence”

Sometimes, going back to basics is enlightening because the raw state of words, things and beings helps us to make them more distinct.

Ethics comes from the Greek “ethos” means “character” or “habits“.

It is a branch of philosophy defined by the Encyclopaedia Britannica as “Ethics, also called moral philosophy, is the discipline concerned with what is morally good and bad and morally right and wrong. The term also applies to any system or theory of values or moral principles.”

Ethics is related to notions of moral values, correct and fair judgments and practices.

According to Aristotle there are 2 dimensions to consider

Ethics in the narrow sense which are specific to Man as an acting being. The virtues. εthos with Epsilon: E, ε

Ethics in a broader sense that considers Man in all socio-political dimensions (ethos). The character. ηthos with Eta: H, η

The most common ethical questions

And the references are moral, individual, community, societal or (inter) national principles.

It is the small and the large ethics. How I behave in a specific situation and how I see the whole system.

In this context, the importance of the concept of responsibility is obvious. And it is easy to understand why, in almost all debates on robotics, autonomous intelligent systems and agents, responsibility takes the center stage.

For Aristotle, there are two kinds of virtues, one that can be learned by teaching and the other, which he calls moral, inherent in each of us.

“There are two kinds of virtue: intellectual on the one hand and moral on the other. “

Intellectual virtue is the one that grows, it is our becoming through our actions and experiences. We can debate certain things and sometimes change our point of view or behavior. It is the learning of a lifetime.

Let’s turn to present times, COVID-19, which is a period of difficult, daily decision-making for all of us. For doctors, for politicians.

There are two main ways of ethical reasoning

– locates morality in the consequences of an act. Better this (less damage), than that (too much damage). Better to sacrifice one person and save 5000.

The categorical or deontological reasoning

– locates morality in duties, values, ideals, whatever the consequences. Nothing will be sacrificed. We don’t want to lose anyone.

Currently, the various uses of the AstraZeneca vaccine is the result of different ethical decisions. Some governments (Denmark) have decided to stop administering the vaccine to their people altogether. It is a deontological choice.

While other governments decide to continue the administration (France, Luxembourg, Germany) based on the recommendations of EMA (European Medecines Agency) by repeating its argument:

“Overall, both of these reviews reaffirmed the vaccine offers a high-level of protection against all severities of COVID-19 and that these benefits continue to far outweigh the risks.”

The collateral damage is too low in percentage compared to the benefit of the people vaccinated against COVID-19. It is utilitarian reasoning.

Why has ethics become paramount in modern times?

Ethics has become a social phenomenon since the omnipresence of devices, programs and computer creations in our daily life. Our perception of the world has changed. Our relationship to others, to the environment. And our understanding of ourselves.

In a fluctuating world, some borders seem blurry. Who is responsible for what? What is public / private. Real / virtual? To me / to others? Is it human or robotic? Predictable / scheduled? 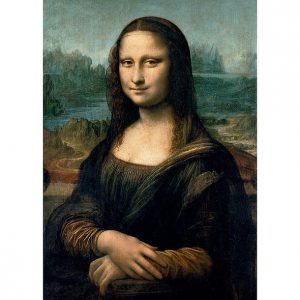 Like the sfumato in painting. The technique of the blur, the evaporate, the smoke. Mona Lisa by Leonardo da Vinci has sfumato in its background.

Are we in the process of re-defining who we are? What are our priorities? How do we define our happiness? Do we need to redefine standards? Or abandon them?

Do you think happiness has changed?