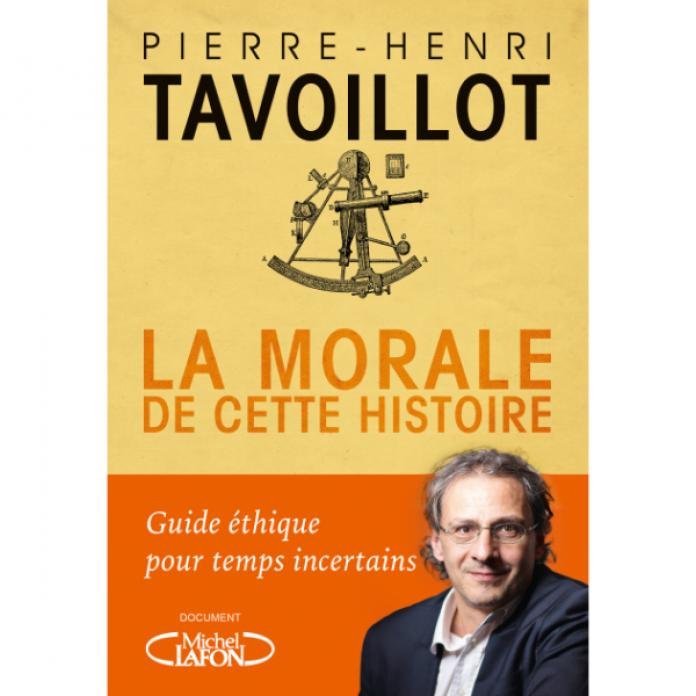 We’ve read for you 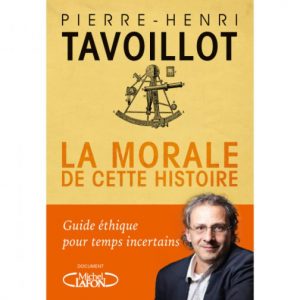 “This book is printed in France by a printer concerned with preserving the environment through actions to save energy, to recover waste and to use products that are less harmful to the health of workers. »

The tone is given. Ethics is an approach to life. It is not a stand-alone, isolated but a way of being, of working, of living.

The mission that the author has given himself: to seek an answer for the “age of confusion” that we are experiencing and which, according to him, swings between “all-changism” and “nothing-doism”. And with ethics being all-around.

His finding is unequivocal: ethics is everywhere, even found as “ethical garbage” on waste bins. The author rerets this exuberance and tries to put ethics back in its place. This resonates with the statement by Alain Finkielkraut who, in 1987 in The Defeat of Thought, was revolted by the excessive, even absurd use of the word “culture”. Everything was culture or cultural. The culture of the SNCF, the culture of the emptiness, the culture of public concerns, the culture of mushrooms (and here, it was fine). Finkielkraut wrote “Shakespeare is worth a pair of boots” – the idea that everything was equal. Everything was on the same level. The same phenomenon was seen in marketing in the 1990s where the buzz word was strategy. Everyone did strategy or was a strategist. Few knew the difference between strategy, tactics, plan, development, approach, vision…

Pierre-Henri Tavoillot, for his part, insists on the need for “ethical milestones” that he clearly differentiates from the “moral order” or moralism, too conformist and dogmatic. He refutes both “one’s own morality for each of us” and “everything is ethical.”

His solution: The art of distinction through “criticism” seen as a constructive exchange. Dialogue. Exchange, talking together. Ethics is inconceivable without others. The idea of the Autrui is crucial.

Who are others? Humans, animals, earth (ecology)? How far does my responsibility go?

In a context where everyone claims the decline of ethics, for the author on the contrary, moral principles appear with remarkable stability, clarity and solidity. And the concept of others is key.

Three basic principles have not changed, according to Tavoillot and should be sufficient for any human ethical interaction:

… which starts with a simple observation. we all live.

For readers who want to dig into philosophical, historical and social foundations of ethics, the author guides us nicely through mythological and literary waters, from Prometheus to Faust and Frankenstein to end up at the environment and bioethics.

Tavoillot analyzes the causes of the moral crisis we are feeling and experiencing. He identifies three major transformations responsible for our sense of loss.

The first change concerns the “eternal” foundations, the divine, the traditions and moral institutions from the past. They’re shaken. We rejected them, destroyed them without replacing them. There remains this feeling of void. We must therefore look for the markers in ourselves.

The second major change is the scope of ethics. New technologies are part of our daily lives, and thus change the relationship towards ourselves, towards others.

Even death, once the ultimate certainty, is subject to debate. Transhumanists like Kurzweil promise us longevity or even cyber immortality. So death would no longer be the end of life, but simple a power shortage…

The third transformation concerns others. Who are others? Man, that’s for sure. Animals? Nature? The cosmos? The robot? The USB stick with the digital memories of the dead?

“The new foundation of morality is that it is discussed”

(It turns out that Pierre-Henri Tavoillot often makes subliminal references to the discursive ethics by Jürgen Habermas, another “other”, without ever naming him. Too bad… ) 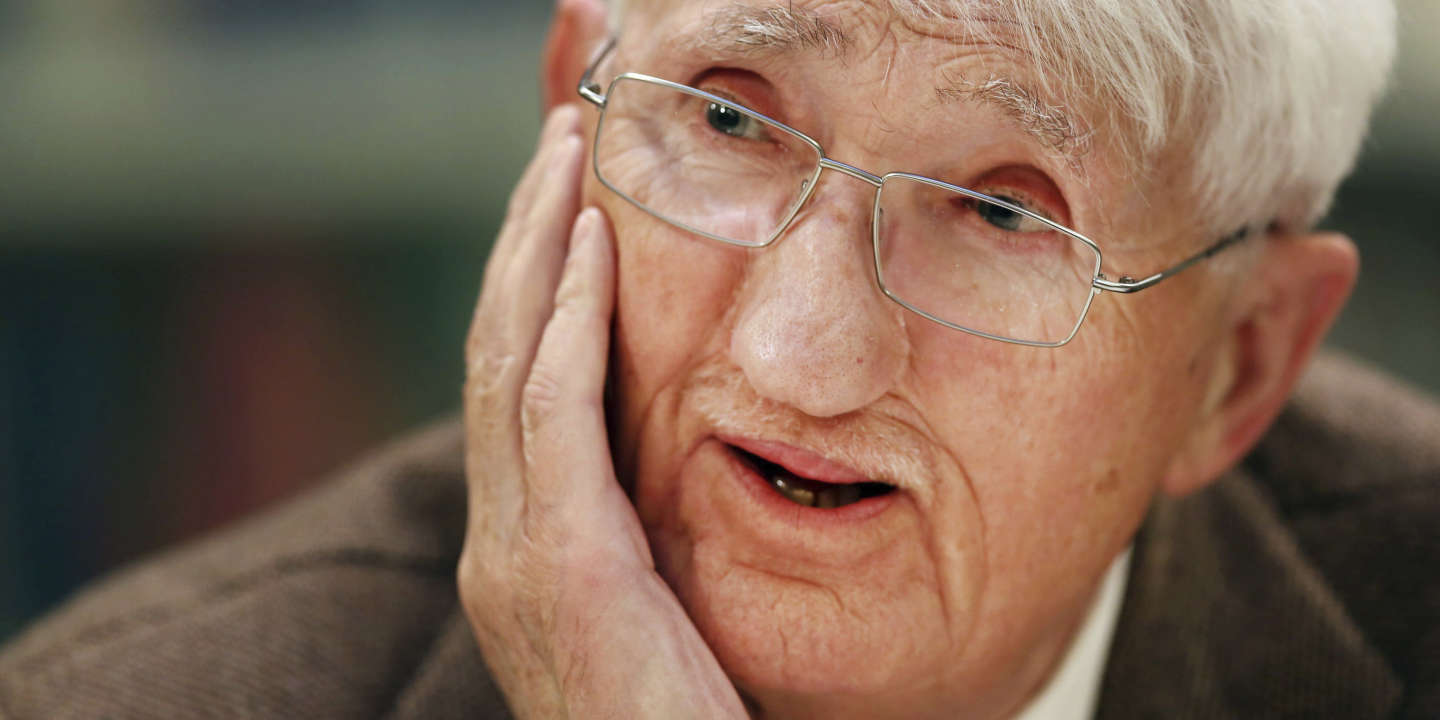 In unknown territories, because new technologies have taken us there… but in fact, it is us who took us there, to tell the truth. Since humanity has the power to destroy the planet and destroy itself, ethics are no longer thought the same, says Travoillot, referring to Hans Jonas and his Principle responsibility (1979).

Beyond the ethics of Aristotle’s virtues, it is necessary to “urgently reconfigure the hard drive of ethics, that is, duties and priorities.»

This is followed by an excursion to environmental ethics, bioethics, genetics or artificial intelligence, with responsibility as the cornerstone.

Here the author uncovers the question that he calls crucial to bioethics and which also applies to artificial intelligence: How to increase humans without diminishing their freedom?

We are obviously thinking of biohacking, the increase of humans by technological means, implanted chips, cryogenics or the famous “Eyeborg” – the man who had a camera implanted as an eye … 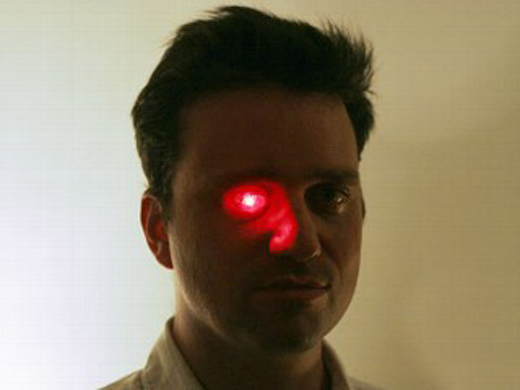 In short: this immense freedom of action is proportional to a colossal responsibility.

The culmination of the reasoning is partly dedicated to the ethics of AI. Nevertheless, this part could disappoint some IT-savvy readers. It was not favorite part, because too general, and not really well documented in technological information. But it doesn’t matter because that’s not the point of this book either.

Rather, the book is understood as an excellent introduction to ethical reflection, its socio-cultural importance, its multiple intellectual articulation in terms of choice. The book can help us to better understand ethical paradoxes, to distinguish between what requires ethical consideration or not, because not everything requires a discussion at an ethical level. And yet that’s what’s happening today!

Travoillot also wants to put the morality in its place, which for him is identical to ethics (something I do not share),

The last part is, with the first one, the most illuminating.

III) Who are others?

“I think exactly the opposite: we are living (for better or worse) the most moral period in history, because we have become more attentive to the ability of all lives to live up to universal human dignity.”

Okay, there’s more awareness of what’s right and what’s wrong, but does it mean that we’re more decent in the reality of the facts? An open-wide question…

This last part is a real help in understanding the very nature of ethics and the usefulness of the art of distinction. That it is to be found in our relations to others and that we alone are responsible for it. Again: responsibility.

The author reviews the potential “others”: man, animal, nature and discusses humanism, animalism and naturism in relation to ethics in a clear and direct way. It raises the fundamental questions “of our relationship” that we face on a daily basis, and which often leaves us with a bitter taste of confusion.

For example, the pros and cons of our ecological commitment, being vegan, vegan, vegetarian, flexitarian, or the limits of animal protection by showing that neither an overflow of humanism (man alone counts) or an overflow of animalism (animals are like human beings) lead to a valid, ethically viable solution.

In this context, the author distinguishes between “emotional contagion,” “empathy” and “sympathy,” a useful distinction between imitating, feeling and sharing emotion to nuance and grade our decisions. Nuance and distinguish.

In court: an other is someone who is responsible or for whom one feels responsible. (Tavoillot)

In conclusion, and the reader presentet it, moral consensus is unattainable. But he lets the solutions be found in dialogue, exchange and good practice. It’s better to debate than to fight. Thank you, Jürgen Habermas. Thank you Aristotle. Thank you Carol Gilligan (spokesperson for the ethics of care in this article).

This reminds us that ethics are two-sided: to fight against what we think is wrong and to commit ourselves to doing good.

As futile as it may seem. A smile can be a great good. And the indifference of others or towards others a great evil. And to understand that morality is not an end in itself but a means, as Aristotle said, to find the Supreme Good, Happiness.

January 19, 2023
From ‘Swarm Intelligence’ to ‘Swarm Ethics’ – A New Collective Purpose-Driven Ethics in the Digital Age. 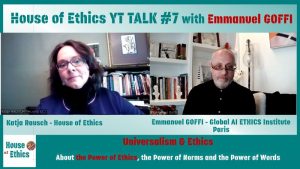